Floods are the most common and widespread of all natural hazards. Some develop over a period of days, while flash floods can result in just a few minutes. Flash floods carry a deadly cargo of rocks, mud, and other debris. In the city of Elgin, flooding has occurred over the years, especially near the Fox River and low-lying areas. The river height is routinely monitored and over the years, we have experienced bank erosion and flooding of properties along the river. If you live in a low-lying area, be aware of flood hazards. Since every region of the state is at risk from flooding, it is important to understand the terms associated with flooding. 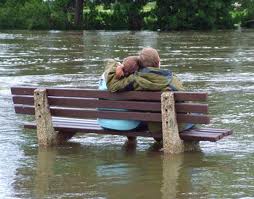