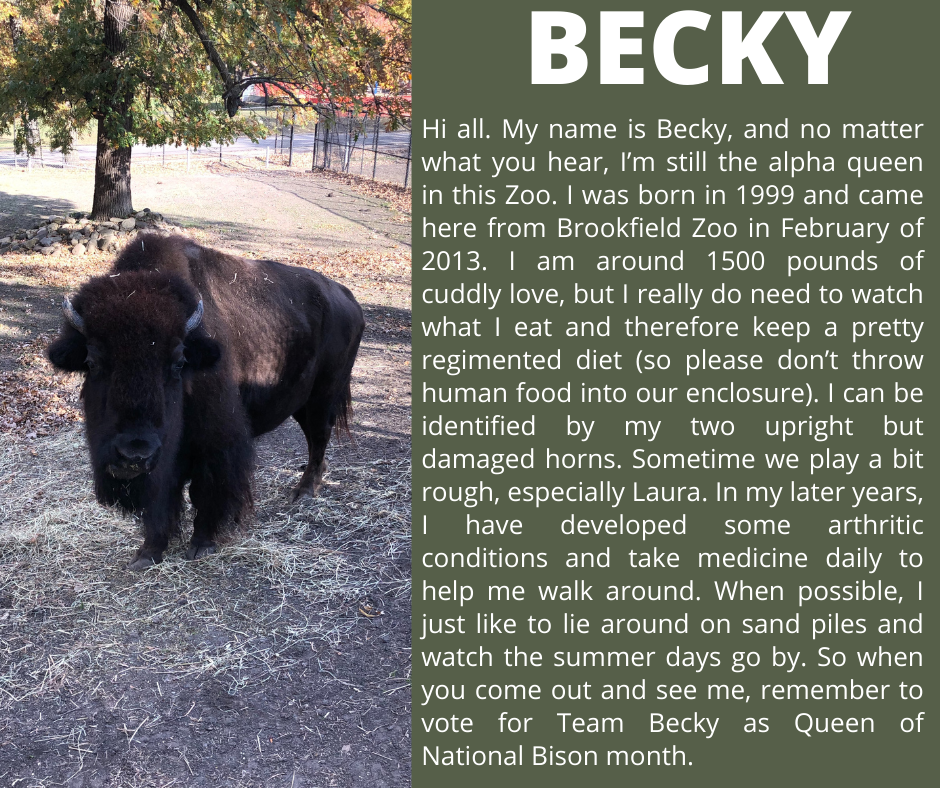 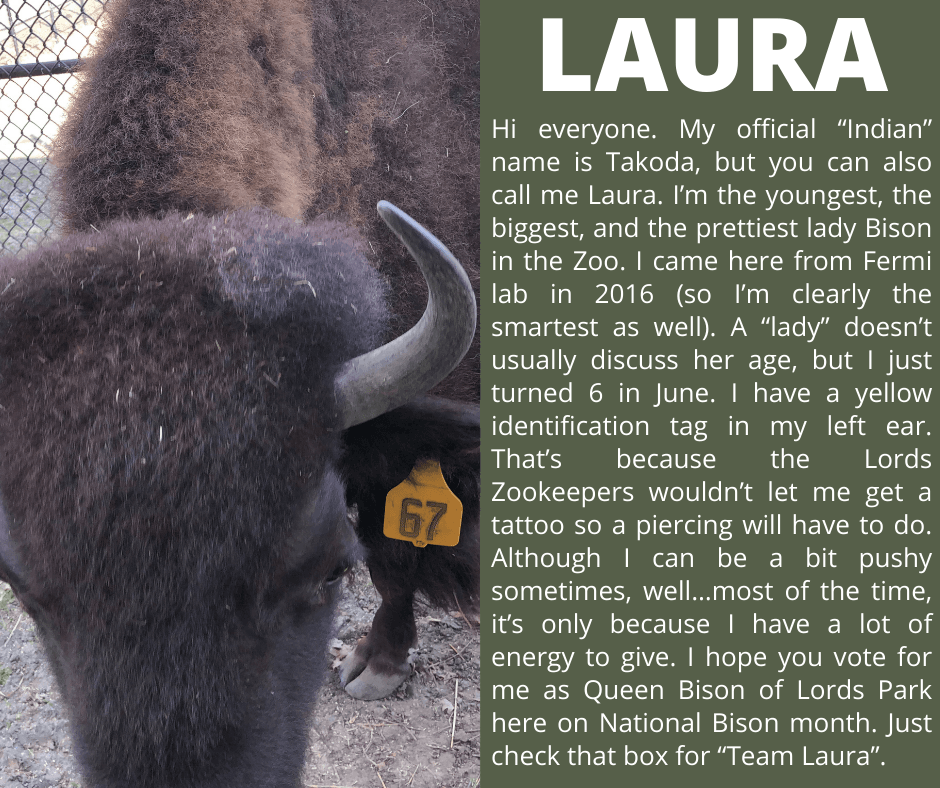 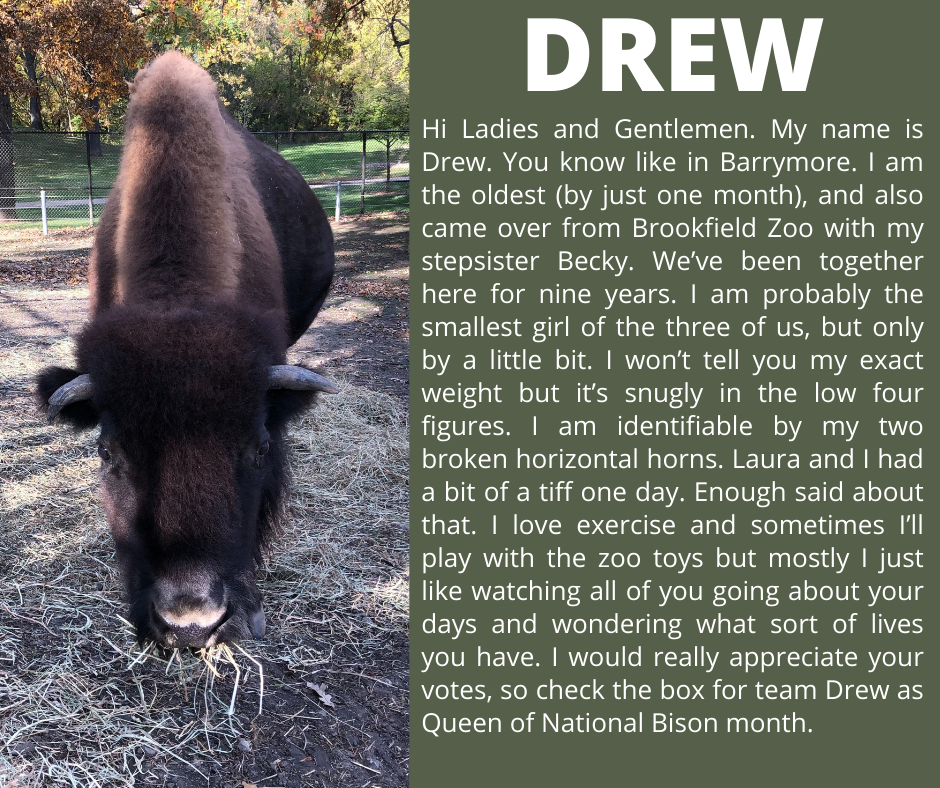 Located in beautiful Lords Park on Elgin’s east side, the outdoor fenced areas are home to bison, elk and white tail deer. These animals can be seen all year long. The free Lords Park Farm Zoo will be open the following dates and hours:

Animals may include pigs, calves, sheep, donkeys, ponies and turkeys.

"This zoo is perfect for a family with children. Enjoy a picnic in the park and then head over to the zoo. Beautiful grounds, clean pens, clean smelling and wonderful landscaping." - Laura Meyer on Facebook

Located on Elgin's east side, at the south end of Lords Park, the zoo has had a long history and has undergone many changes. Currently, the fenced in outdoor area includes: Buffalo, Elk, and White Tail Deer, which can be seen all year long. During the summer the farm zoo will open to provide visitors with the opportunity to view farm animals rented from local farms. This is not a petting zoo.

The zoo began in 1895 with the construction of a den to house two donated black bears, Jack and Juno. Both were tame and playful, and Davy Walker, the animal trainer, was wrestling with Jack. Before long he had trained the bears to welcome him into their cage by standing on their hind legs and kissing him on the cheek. The bears took apples from his hands and grapes from between his teeth. Children delighted in watching a bear run away with Walkers' food basket while he was lining them up at feeding time.

It wasn't until the arrival in 1964 of a year-old lion, named Lord Spark in a contest, that complaints arose about the zoo. The cages had deteriorated, were difficult to keep clean, and provided inadequate protection for both animals and visitors. The Lords Park caged collection had dwindled to four bears, a deodorized skunk, a fox, a few raccoons, and the lion. The city council decided to keep the bison, deer, elk and domestic animals and concentrate on a children's farm zoo. Lord Spark found a new home at Brookfield Zoo.

In 1969 the caged area was filled and graded to the level of the creek. The summertime goats, calves, llamas, pigs and rabbits were a welcome addition to the zoo.