The City of Elgin will host the "End of Summer Bash" on Friday, August 26 at Festival Park featuring a concert, food trucks, roaming entertainment, and fireworks. These festivities were originally programmed for the City’s Fourth of July event, which was cancelled due to inclement weather.

The End of Summer Bash is free and open to the public, and will kick off with a variety of food trucks vending after 4:00 p.m. on Grove Avenue between Prairie Street and Lake Street. A concert featuring the Modern Day Romeos begins at 7:00 p.m. and a stunning firework display will take place at approximately 9:20 p.m. All of the festivities take place at Festival Park, located at 132 S. Grove Avenue in downtown Elgin.

All are encouraged to come downtown early and attend the Downtown Elgin Farmers Market along Spring Street between Chicago Street and Fulton Street. Attendees should also bring blankets and lawn chairs to enjoy the park in comfort. Food will be available for purchase from a variety of local food trucks and vendors until 9:30 p.m. Many of the participating food trucks and vendors are those that were originally slated for the Fourth of July. 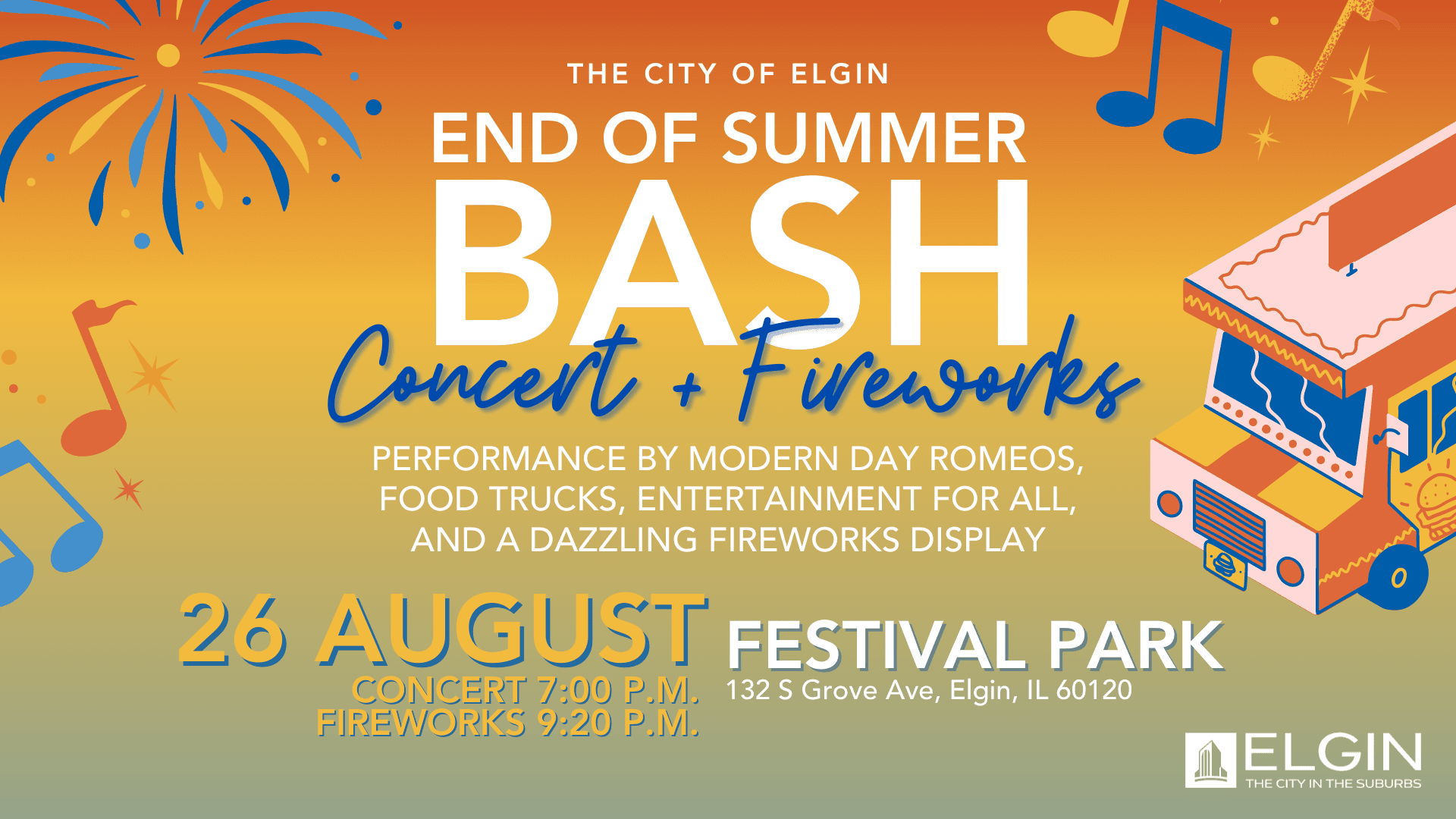