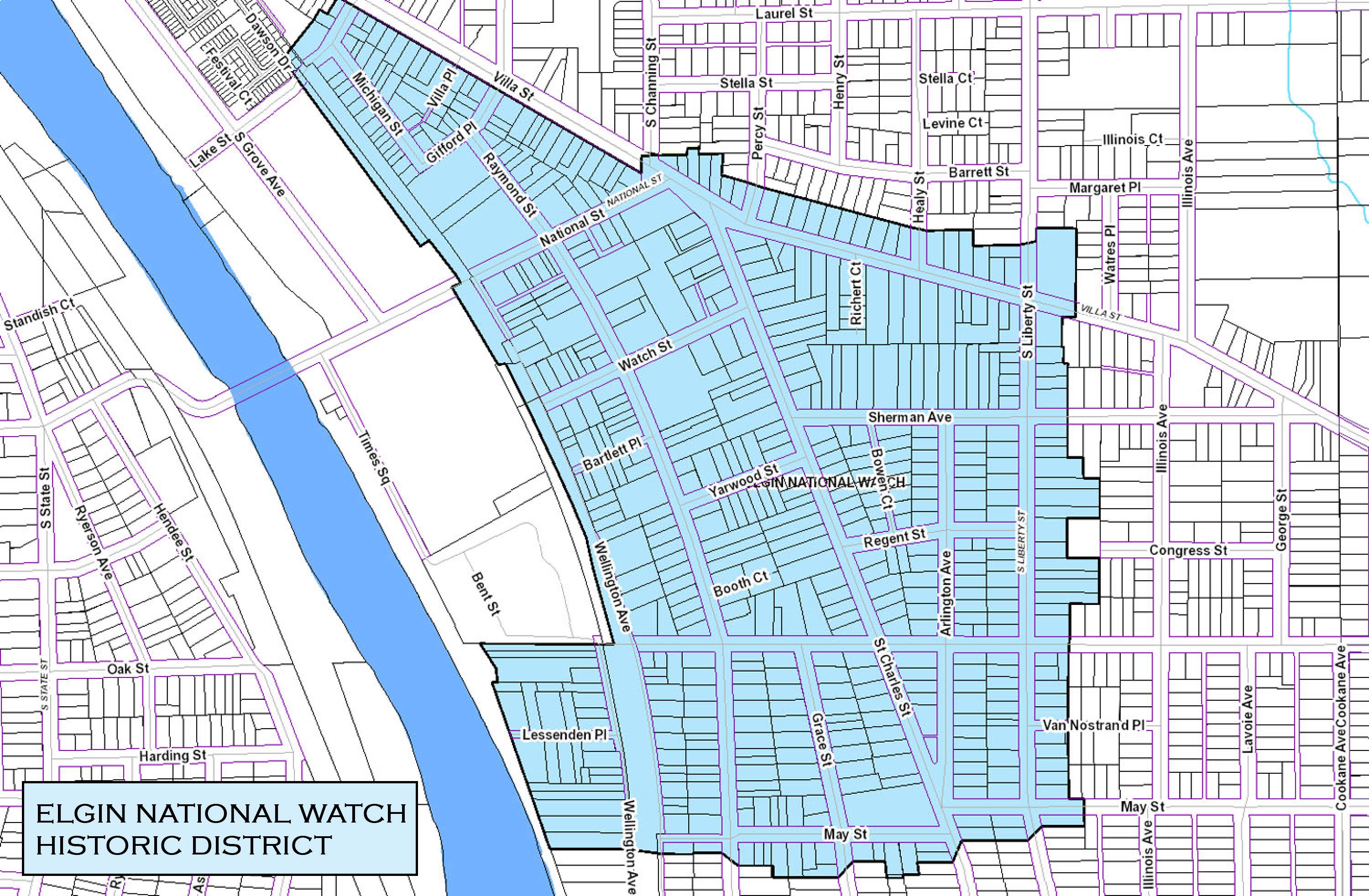 Just south of Elgin's downtown is the section of town most closely associated with the Elgin National Watch Company. The company established in 1864 and built its factory on a 35-acre site on the east bank of the Fox River just south of downtown.

Growth of the Company

With the doubling of the company by 1880, many new houses were constructed around the factory by employees of the company. Most of these were simple, vernacular house types such as gable front cottages, gable ells, or upright and wings. Of the high style buildings, most were italianate with some greek revival and second empire. Construction reached its peak during the prosperous years of the company until 1920 when many new structures were built.

Notable structures within the district were the Watch Company Observatory, which set the time for clocks and watches by the stars, the Watch Factory Depot, Fire Barn No. 5, and the Illinois National Guard Armory.