About the Early Street Sweeping Program

The City of Elgin conducts an Early Street Sweeping Program on an annual basis beginning in May - September. As part of this program, street sweeping operations are performed weekdays between the hours of 4:00 a.m. to 12:00 noon. Conducting sweeping operations during the early morning hours allows city crews to sweep high traffic areas such as around schools and hospitals, and along major streets, during off-peak hours. 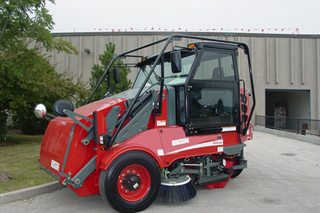 During the Early Street Sweeping Program, city maintained residential streets (except for unimproved streets) are generally swept twice per month while streets and parking lots in the downtown business district are swept twice per week.

In addition to improving the overall appearance of our neighborhoods, sweeping city streets on a regular basis plays a key role in maintaining the health of the Fox River, our drinking water source. Removing debris and harmful pollutants normally found on roadways reduces the likelihood of these substances entering storm inlets and ultimately draining into the Fox River.