As one of the best ways to stay informed of City business, the Elgin City Council welcomes all members of the community and public to attend a City Council meeting. Regular City Council meetings are generally held the second and fourth Wednesday of each month beginning at 6:00 p.m. in the City Council Chambers of City Hall, at the Robert Gilliam Municipal Complex, 150 Dexter Court. The schedule for the current year can be found here.

As needed, special meetings are held and will be announced by the city clerk. Meetings of the Elgin City Council and its boards and commissions are open to the public. Agendas are posted on the bulletin board on the second floor of the City Hall’s south wing and are available here.

Committee of the Whole Meeting

Public Comment is the time in the meeting where the public may address the city council on any matter of concern, regardless of whether the topic is on this evening’s city council agenda.

Speakers are called to the podium to speak in the order in which they registered on the respective sign-up sheets. Each speaker should begin by first clearly stating his or her name. Speakers may also provide a home or business address if so desired. After each speaker provides his or her name, he or she will have three minutes to address the city council.

The city council’s public comment periods are intended to provide community members with an opportunity to share information or viewpoints directly with the city council. It is customary for the city council to simply listen to each speaker without engaging in any discussion from the dais. Depending on the nature of the speaker’s comments, the Mayor may direct staff members to meet with the speaker outside the council chambers to discuss the matter at greater length.

Should any person wish to schedule a discussion with the mayor or a city council member, he or she can contact them directly via email. City council member email addresses are available here.

Persons not present but wishing to provide comment can send an email to the city clerk by 4:00 p.m. on the day of each city council meeting.

You may also submit written comments to the drop box in the roundabout outside the entrance to City Hall.

All written comments will be distributed to every city council member before the meeting.

The comments will also be posted for all to view on the City’s website at cityofelgin.org/publiccomment. 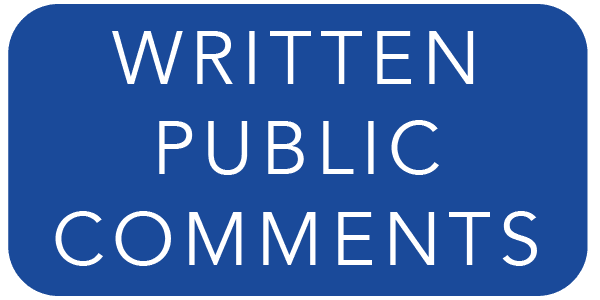 Agendas are available from the city clerk 48 hours prior to before a regular meeting. Minutes of meetings are available no later than ten days after being approved by the City Council.

Elgin City Council meetings stream live online, and are available after each meeting. The City's cable access channels 17 (Comcast and WOW) and 99 (AT&T) also runs each City Council meeting immediately following the meeting until the next scheduled meeting.

About the Council Manager Form of Government in Elgin

In 1954, the City of Elgin was the first city in Illinois to adopt the council / manager form of government by referendum. Under the council / manager form, the City Council has the role for formulating policy, approving the budget and levying taxes. A professional city manager also makes recommendations about the possible direction, services and policies of the city and council. The mayor and eight council members are elected at large in staggered four year terms.